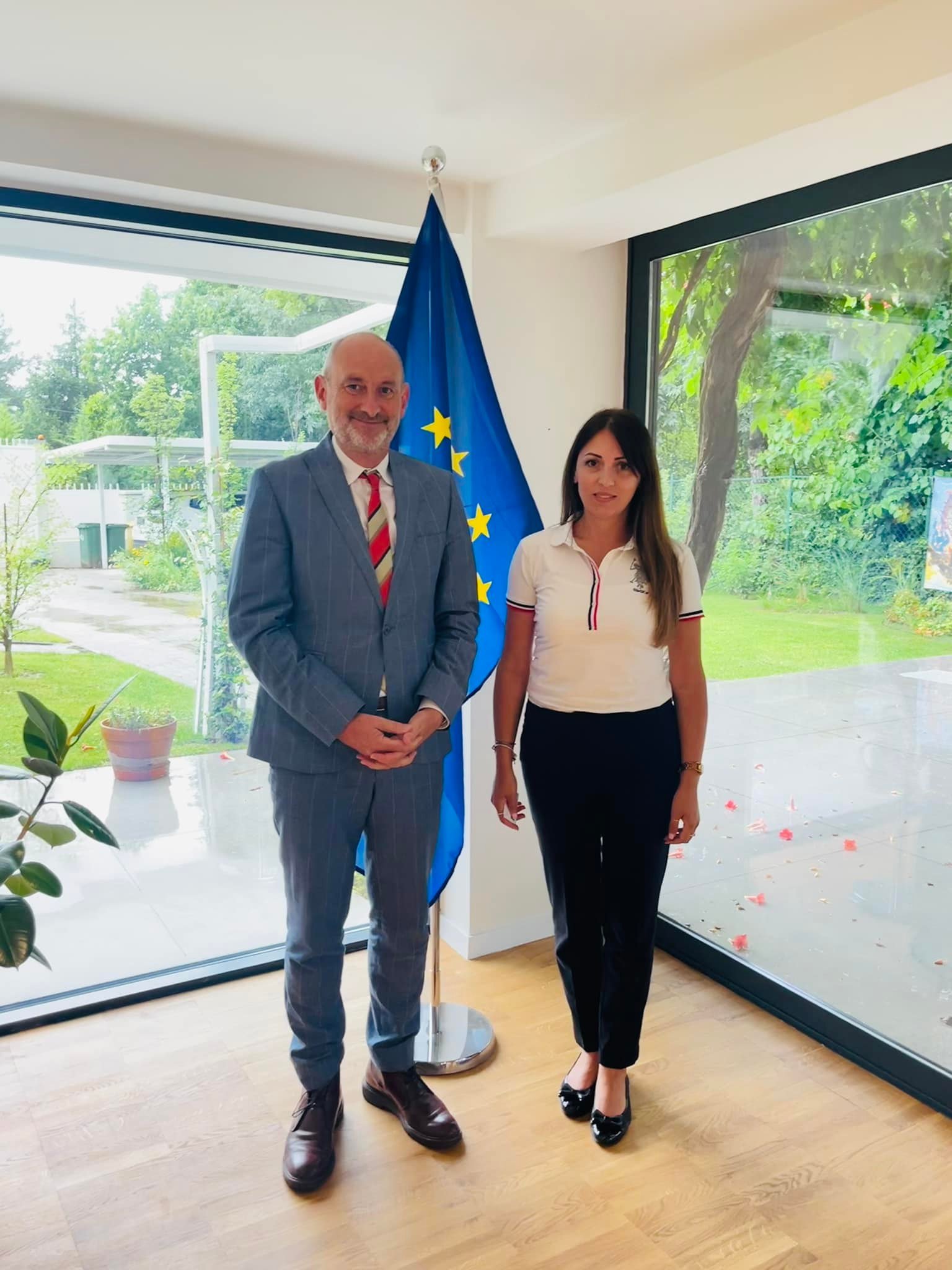 The road to accession of North Macedonia into the EU is mandatory. It is just which path will lead faster.

ILPP is considered one of the important partners in the country to support the EU accession process!

At the residence of the European Union in Skopje, among other policymaking CSOs from the country, the Institute attended the meeting hosted by the EU Ambassador, David Geer, where we talked openly about the very concerning situation related to the decision that North Macedonia was about to make on the ‘French Proposal’ for lifting Bulgaria’s blockade over country’s EU accession.Pragmatic insights were presented from the Ambassador and his EU institutions’ colleague-experts responsible for EU enlargement of the Western Balkans countries, while questions and dilemmas raised by CSOs were answered and widely discussed.

‘From my point of view, the ultimately important matter of the Macedonian language put in this context shows that there is unanimity from all Macedonian citizens despite of their ethnical backgrounds.
The latest aggravations, manifested either from organized protests of the biggest opposition party or by random citizens using different communication channels, show clearly the fragility of inter-ethnic societal cohesion, imposing a serious risk of damaging good relations that we have been investing in for a couple of decades now. Is this a luxury we can afford at this stage?
Most importantly, there exists an ‘UNCERTAINTY’ which is manifesting on two levels:
- First, the uncertainty of the document itself and the mystifying factor of the "protocol" not being opened transparently for a wide discussion in the public, which leaves space for skepticism and suspicion and builds mistrust among communities internally; as well as between national and international factors on another level. So what happens next if we go in and pass this step as it is? What we are going to be challenged by in this case?
- Second, and the larger uncertainty is: what happens if we do not accept it?
Unquestionably, as uncertainty drags fear after it, both fear and uncertainty are way preponderant in the second scenario, compared to the already known actual setting: What happens if we do not accept this solution?
Given the core political orientation of disputable 'values' from the right-oriented political party, which can rightly be labeled as an east-oriented tendency, this scenario is admittedly not that unpredictable.
No one of us can guarantee that if the "French proposal" is rejected, there will not be a two-decade regression and that we will never be this close to EU accession and a pro-western orientation as a country again.'
Pranvera Kasami

Learn more about us

With just one click you can learn more about us!