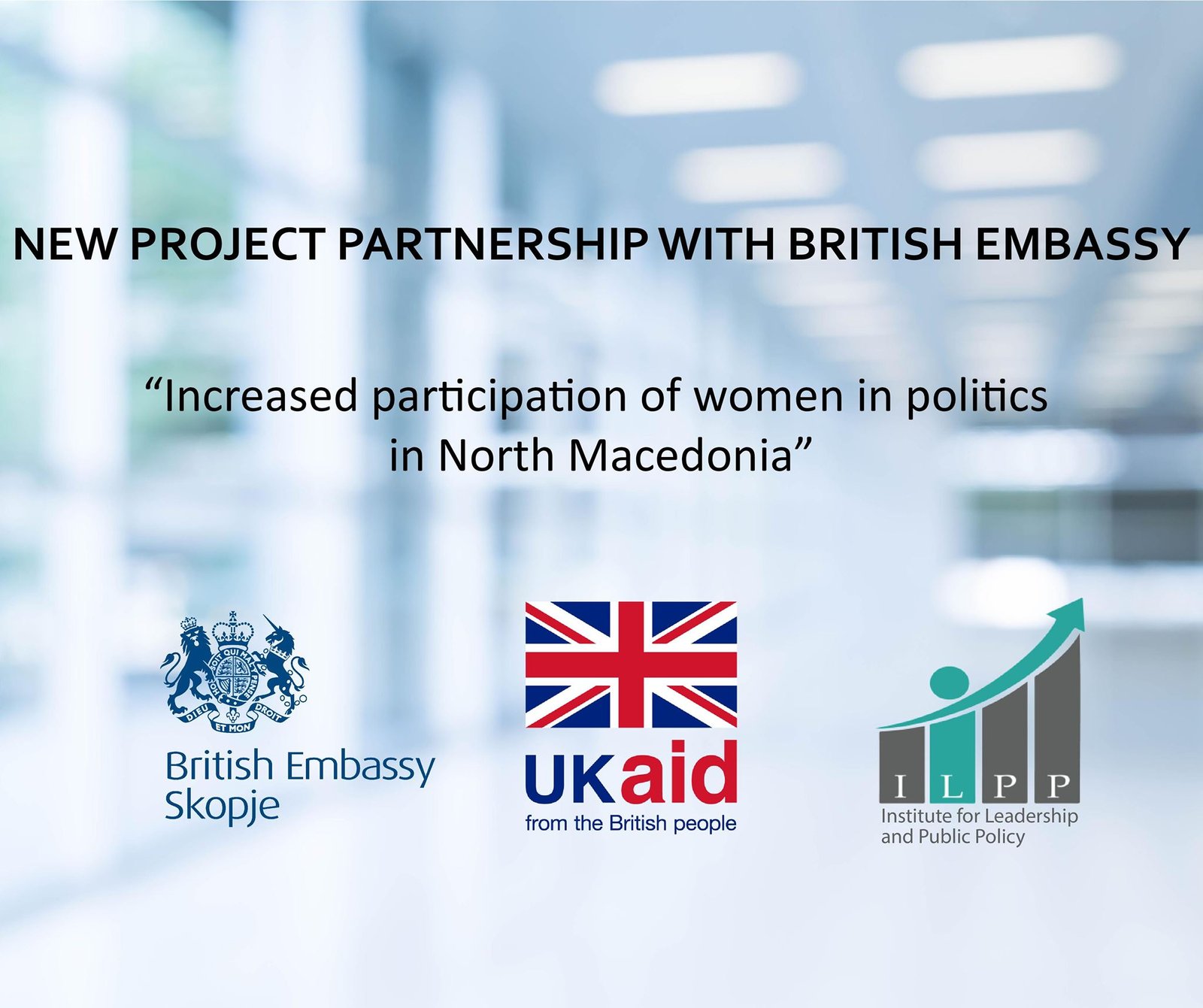 Increased participation of women in politics in North Macedonia

As local elections in North Macedonia approach, a specific project has been designed to address them by us at the ILPP, whilst supported by the British Embassy in North Macedonia. Stay tuned for more to come and join us in believing in a saying from the Iron Lady - Margaret Thatcher, that:

In North Macedonia, women not only score low when it comes to active participation in politics but also in electing their representatives.
While electoral quotas allocate 30% of the voter lists for Parliament and municipal councils for women, their participation in decision-making remains very limited. Elected women follow the voting agenda of Party leadership, with almost no women-led initiatives or decision-making power.
Only 4 of 20 Government ministers are women, and only 6 of 81 municipalities in North Macedonia have women Mayors.
Therefore, the Institute for Leadership and Public Policy with the support of the British Embassy in Skopje will conduct a project that will empower women from all nine (9) municipalities in the Polog region to become part of the decision-making processes through voting, political engagement, and decision making.

Learn more about us

With just one click you can learn more about us!